Page Speed Update, announced 6 months ago, has started to be rolled out on July 9, 2018. We analyzed one million pages in mobile search results to see if page speed has already started playing a role in mobile rankings.

Starting from July 9, 2018, Google Mobile Page Speed Update has started to be rolled out to all users. Google first made the announcement about the coming update in January, 2018, and for six months the SEO industry has been anticipating the changes.

In April, we ran the first round of our experiment to track correlation between page speed and the position in mobile SERPs before the update. Back then we discovered that a page's average Page Speed Optimization Score had a significant correlation (0.97) to its position in SERPs, but FCP (First Contentful Paint) and DCL (DOM Content Loaded) did not.

We repeated the experiment, preserving the same methodology, a week after Google announced the update started being released.

Over the course of 3 days, July 14-16, 2018, we looked at 30 positions in mobile SERPs for 33,500 queries (give or take) to get a list of 1,000,000 URLs. For each URL, we collected Optimization Score, Median FCP, and Median DCL. As a result, we've got 1,000,000 rows of data to analyze. You can access the raw data here. The keywords, randomly taken from the Russ Jones and Grepwords keyword list of top high paying CPC, AdWords and AdSense keywords, cover a wide range of query categories.

Result 1. The correlation between a page's average speed Optimization Score and its position in SERPs remains the same: 0.97.

There haven't been any changes for the correlation between a page's average speed Optimization Score and its position in SERPs. It remains on exactly the same level: 0.97. 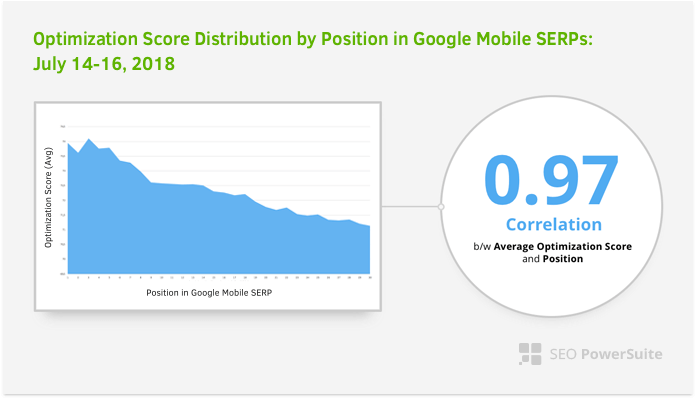 Compared to the results in April, web pages got 0.83 extra Optimization Score points on average in July:

As you can see, the growth has been steady for all pages regardless of their positions in Google: 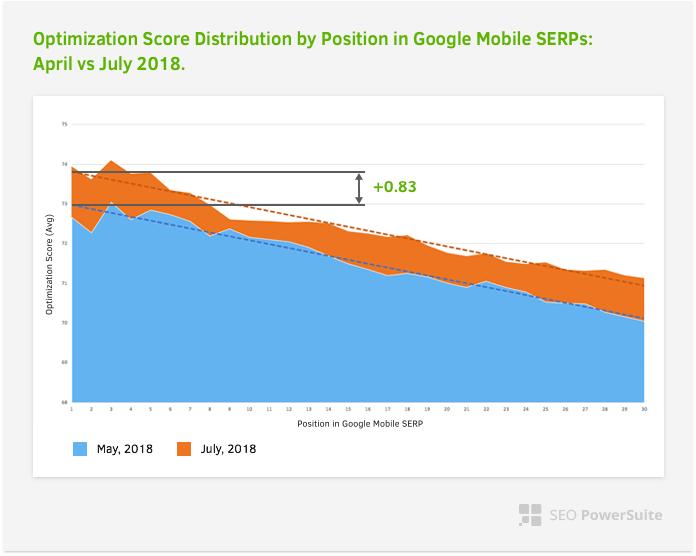 Result 3: There's still no correlation between the position in mobile SERPs and the median FCP/DCL metrics.

We haven't seen any significant changes when it comes to FCP /DCL analysis. The overall picture remains much the same with slight fluctuations. 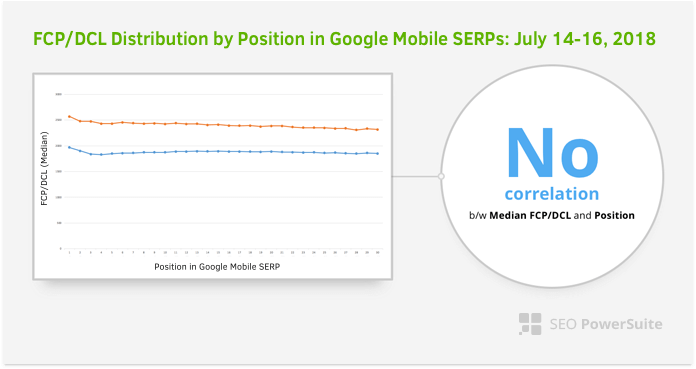 Result 4: The average FCP and DCL metrics for top 30 positions have grown insignificantly. 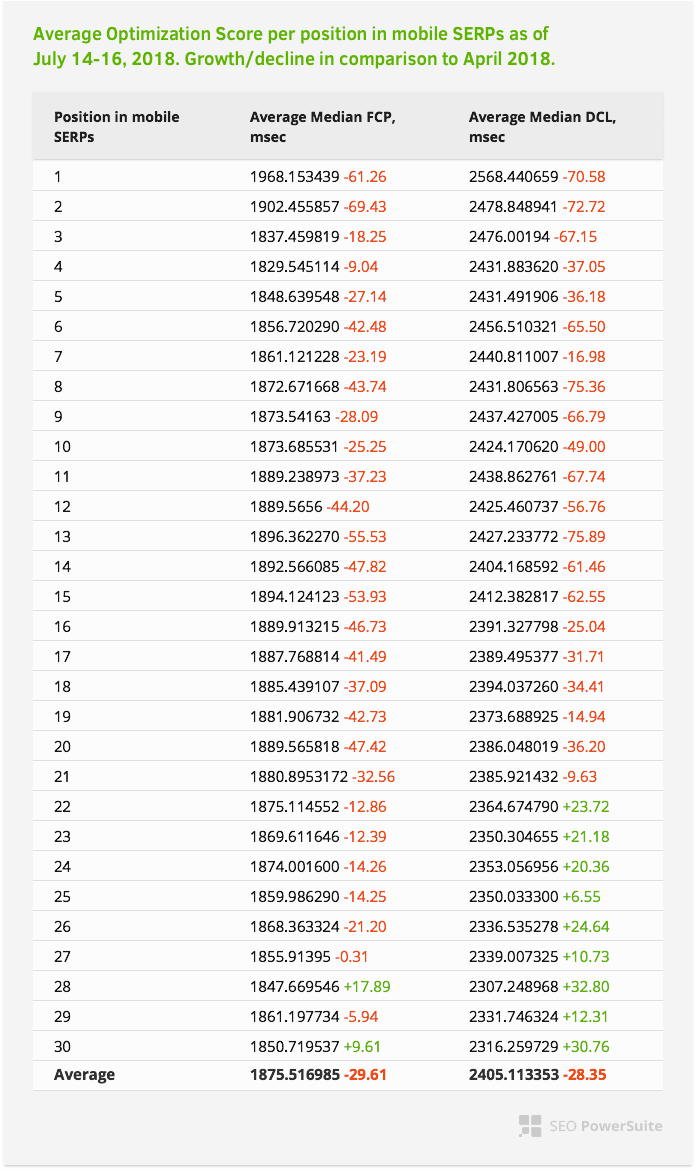 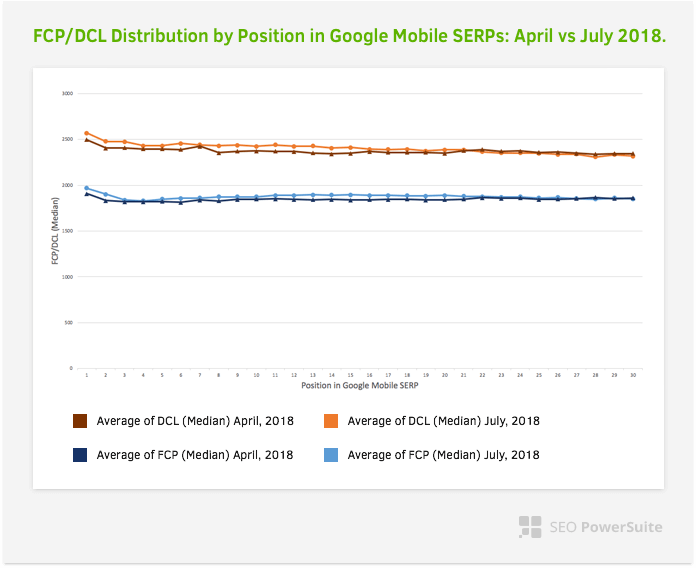 The main conclusions of this experiment are:

I'd like to point it out a bit further that the most important thing to work on right now is Optimization Score. Both the April and the July experiments clearly show that Optimization Score has an impact on mobile rankings. Moreover, the industry standards for the expected score are on the rise.

Raw data for this part of the experiment is available here. We'll continue to take measurements to see how the situation changes.

P.S. On September 28, I'll be sharing the results of this experiment at BrightonSEO as part of my presentation Winning with Mobile Page Speed: Killer Technologies, Tools, and Tips. If you have plans for BrightonSEO and you're keen on the topic, hope to see you there.